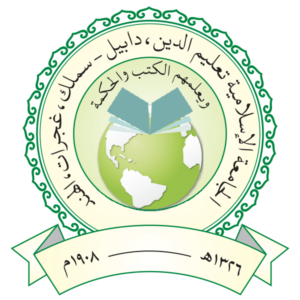 The history of Deeni Madaris is as old as the history of Islam. Before Hijrat (migration to Medina), Prophet Mohammed (PBUH) made Dar-ul-Arqam as the centre for imparting Islamic education to the fellow companions of him. After Hijrat (migration to Medina), Prophet Mohammed (PBUH) ordered to construct platform (chabutra) during construction of Masjid-e-Nabawi where prophet Mohammed (PBUH) used to teach Quraan and other Islamic lectures to the companions. This was the first Islamic teaching centre for the students, where peoples come from far away areas to learn Islamic teaching. This was called “Suffa”.

After the decline of Mughal Empire, the bright and conscious ulama of that time decided to start Madaris (Islamic education centres) at each and every city/village of the country to save the humanity. These Madaris played a pivotal role in successfully negating the attacks from Christian missionaries and Aaryans on Islam. Because of these steps taken by the ulema we can see there are lot of Madaris in each and every city/villages of the country and beyond. It is an undeniable fact that during these difficult times, Islam is being practiced and propagated because of these Madaris.

After the downfall of Islamic sultanate in Gujarat, many Ulama, Auliya and pious peoples died resulting in increase in terrible darkness of ignorance among peoples. Ahmedabad city which was considered as the Centre for knowledge and implementation got effected so much that it was unable to reclaim its glory. Because of this, Shirk and Bidaat got in to the people’s lives. This resulted in ignorance being spread among common peoples. Islamic belief, ideas and practices began to disappear. In order to save peoples from this ignorance and non-Islamic rituals, Almighty Allah send some scholars in the land of Gujarat who worked on various fronts to eradicate this ignorance by relying on Allah Almighty alone.

Hazrat Moulana Ahmad Hasan Bham Simlaki RH is one among these pious ulama. He obtained his Fazilat certification from Madrasa Aminia Delhi and returned back to his native place and started working as Imam at Masjid Turawa in Surat, Gujarat. During this time, he was left heartbroken by seeing the ignorance, Bidaat, non-Islamic customs & traditions among peoples of his native place Dabhel Simlak. He used to worry a lot by seeing the ignorance among his fellow peoples and spend restless day and night thinking about them. At last he resigned from post of Imam at Masjid and went back to his native place and started madrasa in his own house by name Talimuddin. After putting all the hard work, Madrasa started progressing slowly and steadily. As the number of students started increasing so does the departments in madrasa.

Of course, it is the result of the hard work and sincerity of the founder of the Jamiah it has gained so much popularity in such a short period of time. So, a small plant sown in its early days soon took the form of a tenacious tree and begin to bear fruits. Today it is an internationally renowned Islamic university and one of the best in Islamic studies. The impressions of its work are spread all over the county and abroad. Its efforts and perseverance have made a valuable and proud history. Millions of thanks to Allah Almighty that this institution is still on its way to its destination, following the path of Quran and sunnah as prescribed by its founders.